Nash’s Hope Healing Home in Nanyang is New Hope Foundation’s newest facility. It opened in 2015 and is named in memory of Nash, who was the first child to pass away there. This home has 24 beds and has cared for over 150 children during its 5-year history.

The Nanyang orphanage allowed New Hope Foundation to use two floors of one of its buildings, and the physical space was renovated to the same high standards that the Hills had for the Beijing Hope Healing Home and other locations. It opened with 18 beds and quickly increased to 36. The running costs were supported by Show Hope, and it was called one of the Show Hope Care Centers.

Like the other locations, Nash’s Hope Healing Home was designed as a pediatric palliative care facility to be a help to the orphanage with their sickest and most medically fragile infants and children. Thanks to the love and care the children receive, many children have survived, and over 30 of the children from this Home have gone on to be adopted into families.

The city of Nanyang is located in the southern part of Henan Province in central China. It is a beautiful city with rugged mountains to the north. It is almost exactly midway between the Yellow River and the Yangtze River. Rainwater in Nanyang flows south to the Yangtze River then toward Shanghai, while water at the other Henan Hope Healing Homes flows north to the Yellow River. The people in Nanyang are welcoming, and the local fish dishes are very tasty. We are so grateful for each of the children we have been able to care for in Nanyang and for the continued opportunity to be there to help the children. 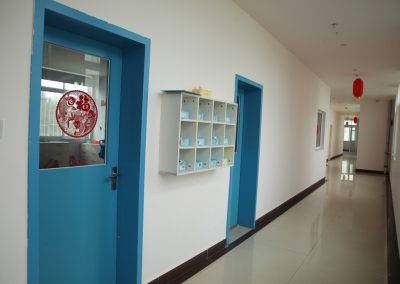