In 2006, the Luoyang Special Care Unit opened with 45 beds as New Hope Foundation’s second location outside the Beijing headquarters. The Luoyang orphanage allowed New Hope Foundation to use a floor of its facility in the Old City district, and the physical space was renovated to the same high standards that the Hills had for both the Beijing and Jiaozuo centers. It was called the Luoyang Special Care Unit at the time.

Like the Jiaozuo Home, it was designed to be a help to the orphanage with their sickest and most medically fragile infants and children as a pediatric palliative care facility. Due to the love and care the children received, many survived and were adopted into families.

In 2007, the orphanage was making plans to move to a larger property in a new area of town, and New Hope Foundation was given the opportunity to open a stand-alone building on the orphanage’s new grounds. At this time, Steven Curtis and Mary Beth Chapman had already been involved with NHF and were generous supporters of the work Robin and Joyce were doing in China. The Chapmans and their charity, Shaohannah’s Hope, partnered with New Hope Foundation to help find funding to open this new facility. The groundbreaking ceremony occurred in August of 2007.

Not long after the groundbreaking, in May of 2008, the Chapman’s youngest daughter, Maria Sue, passed away in a tragic accident. The Chapmans took the love and support they received from those around them and directed it towards this new center. In July 2009, the construction of all six stories was finished and the building was ready. It opened with the name Maria’s Big House of Hope in memory of Maria Sue Chapman.

Show Hope, as it’s now known, was instrumental in the opening of this center, and their funding over the next decade fully supported Maria’s Big House of Hope. This center has functioned as a model in China for comprehensive care of orphaned children with special needs, and significant advancement in the care of the children occurred here. Over 1,160 children have been cared for at this Healing Home. At its maximum, it held 156 children. Fire safely regulations have since limited the children to the first three floors, and other constraints have limited the number to about 30 beds.

Although Show Hope’s financial commitment to New Hope Foundation ended in the summer of 2020, the memory of Maria goes on here. The work in this very special place continues with the help of other financial supporters, and we are so very thankful for the years of friendship, help, support, and love that Show Hope gave through their long partnership. Please consider going to Show Hope’s website and generously giving to their work.

Luoyang is located just south of the Yellow River about a two-hour drive west from Zhengzhou. It has the distinction of having been China’s capital more times than any other city, and now it is the peony flower capital of China. The Luoyang people are delightful, and the pot-sticker type dumplings are a favorite with many who visit us here. 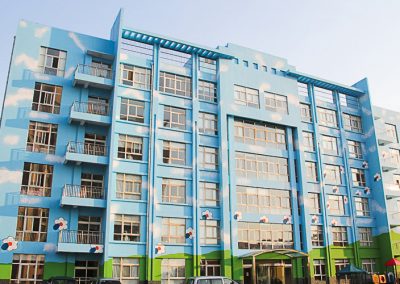 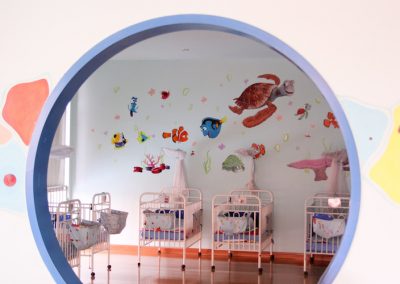 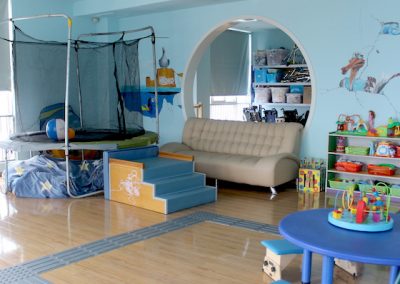